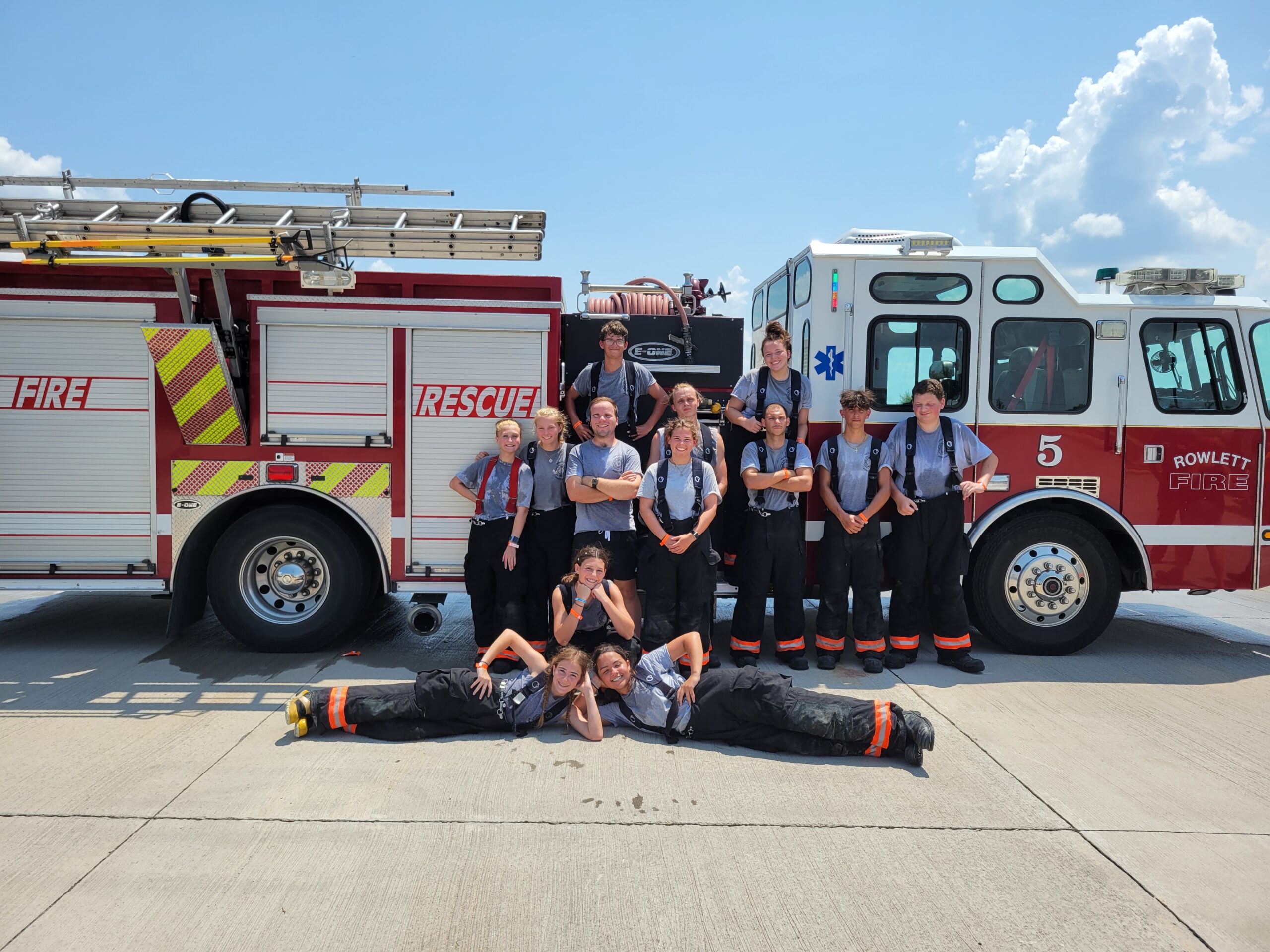 The National Volunteer Fire Council (NVFC) recognized the Rowlett (TX) Explorer Post One as its Junior Firefighter Program of the Year for 2022. The award is sponsored by California Casualty. The junior firefighters received their award during a special ceremony on April 19 at a meeting of the Rowlett City Council.

To watch the video of the ceremony, click here and then click the index option for 5B or else scroll to time stamp 9:12. 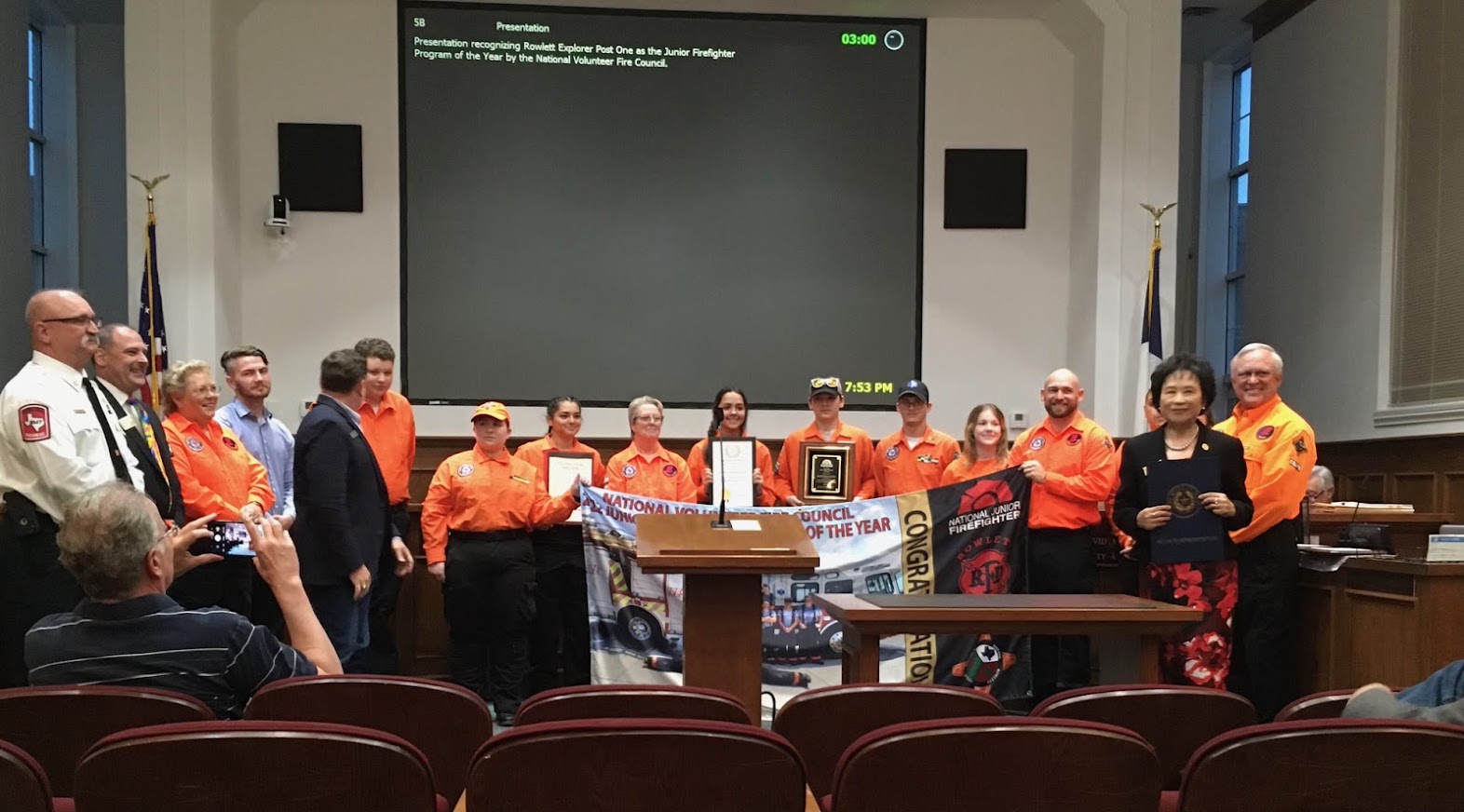 The program develops in its members a culture of leadership, service to others, and a commitment to community involvement. The Explorers participate in or host many events including preparedness education, fire extinguisher training, smoke alarm blitzes, recycling drives, merit badge seminars, and first aid trainings. Each year the Explorers donate thousands of hours in volunteer service.

Activities the post engaged in during 2021 include the following:

The Junior Firefighter Program of the Year Award was presented at a local ceremony to provide all members the opportunity to attend. The NVFC recognized its other annual award winners at its spring meeting on April 8. Learn more here.

About the NVFC
The National Volunteer Fire Council (NVFC) is the leading nonprofit membership association representing the interests of the volunteer fire, EMS, and rescue services. The NVFC serves as the voice of the volunteer in the national arena and provides critical tools, resources, education, programs, and advocacy for first responders across the nation. Find out more at www.nvfc.org.

About California Casualty
California Casualty has been the chosen Auto & Home Insurance provider for first responders across the nation for over four decades. They offer their members affordable customized coverage and exclusive benefits tailored uniquely to their profession, like turnout gear coverage for firefighters. They proudly show support for first responders by partnering with organizations like the NVFC for sponsored events, and awards like the NVFC’s Junior Firefighter of the Year Award and the Junior Firefighter Program of the Year Award. Find out why thousands of firefighters choose California Casualty to protect their families at www.calcas.com/nvfc.