In April 2013, an explosion at a fertilizer plant in West, TX, just north of Waco, killed 12 firefighters and three residents of the West community. The firefighters who lost their lives were all volunteer first responders.

According to federal officials and investigators from the Texas State Fire Marshal’s Office, the source of the blast was ammonium nitrate, which detonated with the force of 15,000 to 20,000 pounds of TNT. (It’s believed a small fire initially triggered the disaster.) A subsequent line-of-duty report from the fire marshal determined that the West fire department “was not prepared to approach this fire as a commercial structure with hazardous materials,” and advocated that the State of Texas require more extensive training and planning by agencies at all levels in response to similar potential incidents.

The federal Emergency Planning and Community Right-to-Know Act (EPCRA) is one such measure, for all states.

Why EPCRA was enacted

Congress enacted EPCRA in 1986 in response to concerns over facilities that store hazardous chemicals and their high risk for chemical accidents. By law, EPCRA requires any facility that stores or handles more than 10,000 pounds of extremely hazardous substances (EHSs) — or less, depending on a substance’s hazard classification — to file annual Tier II reports identifying all regulated EHSs on site.

At the local level, EPCRA falls under the jurisdiction of each state’s State Emergency Response Commission (SERC) and Local Emergency Planning Committees (LEPCs), which work with regulated facilities in their area to ensure compliance with EPCRA’s regulations and reporting requirements. Tier II reports are distributed to all appropriate local fire departments as part of the EPCRA compliance process.

Substances reportable under EPCRA’s Tier II requirements include any chemical for which a facility must maintain a Safety Data Sheet (SDS) in line with the OSHA Hazard Communication Standard. An SDS includes the properties of a chemical and its physical, health, and environmental health hazards, as well as protective measures and safety precautions for handling, storing, and transporting the chemical.

More than 500,000 products (listed on the EPA’s Consolidated List of Lists for hazardous chemicals) currently require an SDS and are subject to Tier II reporting. Anhydrous ammonia, chlorine, and sulfuric acid are common EHSs on this list, as is ammonium nitrate, the source of the plant explosion in West, TX.

EPCRA additionally mandates that Tier II reports include a facility’s sitemap and emergency contact information, which must be made available to all local health and safety agencies, again including local fire departments. For firefighters and first responders in particular, a facility’s EPCRA information spells out where chemicals are stored within the facility (or elsewhere on-site), each chemical’s use(s), and adverse reactions to water in case a chemical accident occurs. Sitemaps additionally show where a facility’s emergency exits are located.

As a first responder, a facility’s emergency contact person further serves as your “eyes and ears” for the site, including being a direct source of knowledge for all chemicals listed in the facility’s Tier II report.

Are you able to access EPCRA info, chemical data, and sitemaps easily?

Thanks to new digital technologies like Encamp for the environmental, health, and safety industry, access to Tier II compliance data continues to become more efficient for fire departments and agencies like LEPCs and SERCs. Especially for preparedness and training, fire departments should take advantage — in that the more information for your firefighters, the better.

Consider these sources of information (which are inherent to Encamp’s Tier II reporting technology) as potentially life-saving tools.

A digital initiative for fire departments and life-saving EPCRA data

Instead of your fire department receiving copies of Tier II reports by mail each year, what if you could receive them electronically? As an environmental data management platform for businesses and facilities in all 50 states, Encamp has digitized and automated much of the Tier II reporting process for EPCRA to move the process away from paper-based reports and standard mail delivery.

Also because Encamp is the largest third-party filer of EPCRA Tier II reports in the U.S., we work with fire departments across the country as part of the Tier II filing process. Now, we’re extending our electronic capabilities to all fire departments to distribute EPCRA Tier II data for hazardous chemicals.

To take advantage of this email process and increase firefighter safety, contact us at support@encamp.com or use the QR code here: 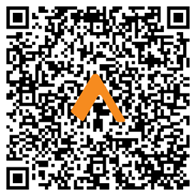