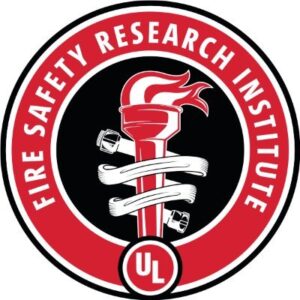 For Fire Prevention Month this October, the Fire Safety Research Institute (FSRI), part of the nonprofit safety science organization UL Research Institutes, has released new videos combining more than 10 years of data with custom 3D modeling and real-world footage from the organization’s full-scale fire experiments. The first video in the series shows how a home fire grows and spreads, underscores the dangers of smoke, and encourages everyone to have and practice a fire escape plan – including what to do if they cannot escape.

“The fire service responds to a fire every 23 seconds in the U.S and the number of home fire deaths is going up,” said Steve Kerber, vice president and executive director of FSRI. “In just three minutes or less, a room could be more than 1,000 degrees Fahrenheit and filled with deadly levels of toxic gas from the smoke. Knowing your escape route and having multiple routes for escape can mean the difference between life and death.”

The next videos in the series show fire growth and spread in different types of homes ranging from a high-rise apartment to a two-story single-family house to help people better understand the fire safety risks posed by smoke and flames in different scenarios, and the importance of planning ahead to save lives in the event of a home fire. Regardless of the type of home you live in, an ideal fire escape plan includes a plan A, B, and C with two ways to get out of every room and options for when you cannot escape. If escape routes A and B are blocked, plan C is to get behind a closed door, turn on the light, and dial 911. A closed door can be an effective barrier against deadly levels of carbon monoxide, smoke, and flames. In fact, there can be a 900-degree Fahrenheit temperature difference between a room with an open door and one with a closed door. View a video demonstration of the difference a closed door can make here. Escape Plans A, B, and C should be practiced by everyone in the household.

“Smoke inhalation is the leading cause of death in home fires,” Kerber continued. “Smoke from a home fire is thick and black, incredibly hot, and filled with toxic chemicals. It moves extremely fast. Smoke from a fire in a living room can fill a one-story home or apartment and everywhere that isn’t blocked by a closed door in a matter of minutes.”

Having working smoke alarms is vital. Smoke alarms give the earliest warning possible that there is a fire, so people can get out of their home quickly and safely. Install smoke alarms in every sleeping room, outside each separate sleeping area, and on every level of the home including the basement.

Other highlights from the fire safety survey include the following:

The new video series is being released throughout the month. These, and more fire safety resources including a how-to guide to creating your own Fire Escape Plan can be found at CloseYourDoor.org.

About the Survey
This survey included 3,001 individuals aged 18 and older in the US. This sample was supplemented with an additional 1,000 low-income respondents. The survey was fielded using the Qualtrics Insight Platform and the panel was sourced from Lucid. Fielding took place from July 25 – August 2, 2022.

About UL Research Institutes
UL Research Institutes is a nonprofit research organization dedicated to advancing the UL public safety mission through scientific discovery and application. With best-in-class experts, we are the world’s premier safety science research organization. We conduct rigorous independent research, analyze safety data, and explore at the edges of technology to be the first to uncover and act on emerging risks to human safety. To learn more, visit ul.org.