The training event included a series of search and rescue scenarios relating to earthquake response. Canine teams were utilized in some of the drills. The exercises were meant to encourage teamwork and standardize the rescue techniques in earthquake response adopted by the international rescue community.

The multi-national approach to the event was designed to increase collaboration and sharing of best practices within the field of rescue and emergency response. The interaction allowed all participants to exchange tactics and learn from each other. The timing of the exercise was pertinent; as the teams were training for disasters, real life tragedy struck Paris and French emergency personnel were frantically responding to coordinated terrorists acts.

“I was honored to be the Operations sector boss for the last scenario, and I believe it showed both the command staff and the rescuers how incident management should be utilized on an incident of a large scale,” recalled Team USA participant Bill Schneider, Fire Captain of the Olathe (KS) Fire Department. “As we were preparing to respond to the scenario, the Paris bombings were occurring. It put into perspective the importance of such training.”

Said Team USA member Jonathan Kunze of Columbia, SC, “I enjoyed learning from the nine other countries that participated. Everyone worked and performed so well together. Although teams spoke different languages, we were still able to communicate with little difficulty. Each team worked seamlessly with one another.”

Read about Chairman Quinn’s experience at the training event and the importance of international collaboration here. 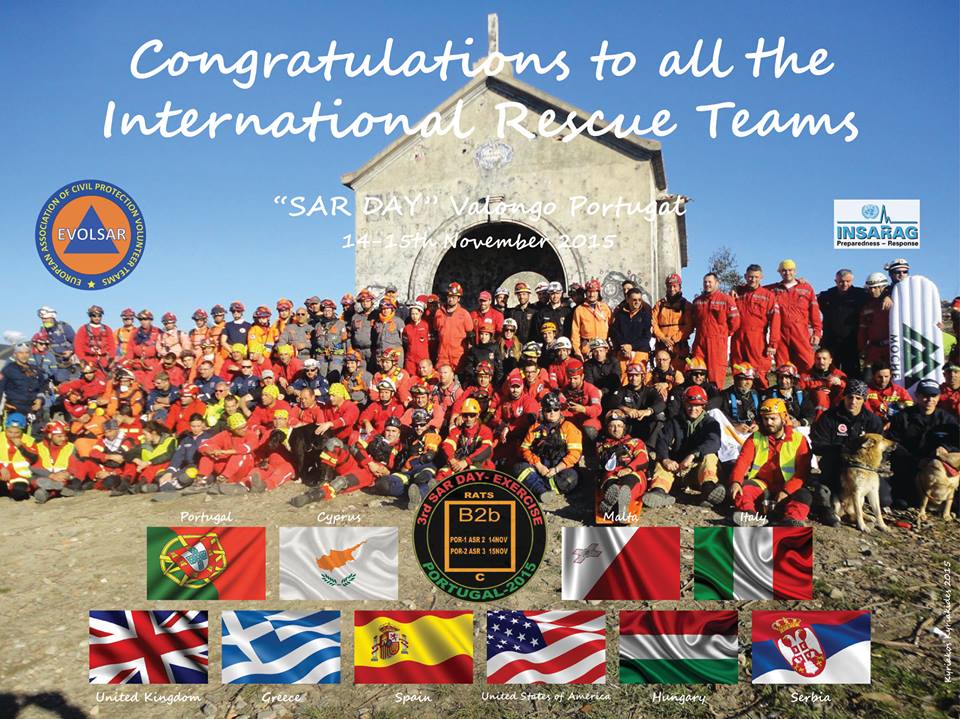