Steve Hirsch, chair of the National Volunteer Fire Council (NVFC), has been named as an advisor to the Small Town America Civic Volunteer Award (STACVA) program. This new national award, scheduled to launch June 1, will honor extraordinary public service volunteers in small localities (under 5,000) nationwide and help shine a spotlight on a growing national problem: a decline in the availability of citizens to fill important public safety and service roles.

Advisory team members will help design metrics for selecting the top 100 STACVA national honorees and develop strategies for promoting STACVA nominations by eligible localities across the country. The NVFC is one of the STACVA’s principal co-sponsors, along with the National Association of Counties, the National Association of Towns and Townships, and the volunteer nonprofit organization Points of Light. 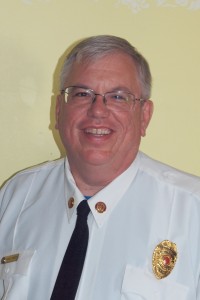 Civic volunteers are hometown heroes who serve in critical roles including firefighting, emergency medical services, municipal and county councils and boards, and on advisory committees supporting library, recreation, planning, environmental, and other important local government services. Public service volunteerism is the lifeblood of small communities and rural counties; however, research shows that the percent of people volunteering in small communities dropped substantially for 12 consecutive years. The primary purposes of the STACVA are to focus national attention on this issue, highlight best practices to spur a new cadre of citizens to fill these vital roles, and support innovative local volunteer retention and recruitment strategies.

STACVA is being underwritten by CivicPlus, the largest local government technology company in the country. Localities represented by the top three winning honorees will receive cash grants of $10,000, $7,500, and $5,000 respectively. Municipalities and counties represented by the top 100 STACVA nominees will receive custom CivicPlus web sites (and one year of web site hosting at no charge), featuring a unique module offering civic volunteer retention and recruitment resources. The program, which has an estimated total value of over $1 million dollars in donated services and grants, is scheduled to begin accepting nominations on June 1 via the STACVA web site.

Hirsch is the training officer for Sheridan Country (KS) Fire District #1, Thomas County Fire District #4, and Grinnell Country Fire Department, all of which are 100 percent volunteer fire departments. He has a private law practice, serves as attorney for Decatur Country in northwest Kansas, and is also the attorney for 18 cities in nine counties in north central Kansas.

“I am honored to serve as an advisor to such an important and unique program that recognizes and supports our volunteers,” said Hirsch. “I see first-hand the challenge faced by so many communities in finding citizens willing to serve in first responder and other essential roles.”

The NVFC is the leading nonprofit membership association representing the interests of the volunteer fire, EMS, and rescue services. It serves as the strong voice of these volunteers in the national arena and provides critical resources, programs, education, and advocacy for first responders across the nation. Learn more at www.nvfc.org.

The Barton Russell Group has been chosen to design and manage the STACVA program. BRG has built and/or consulted on several national award and grant programs including the Best Small Towns in America contest, the American Hometown Leaders Award, and the America’s Best Communities competition. Bart Russell, former executive director of the National Association of Towns and Townships, founded the Barton Russell Group. He is a nationally recognized expert on “everything small town” – its 32,000 communities and 120 million people.