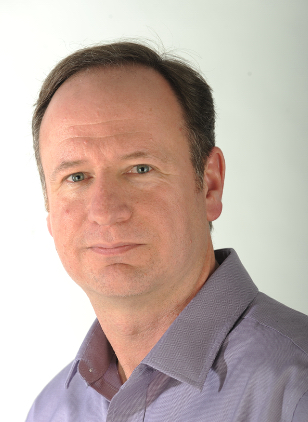 For the past year, Richard Huff has helped shape the National Volunteer Fire Council’s (NVFC) EMS/Rescue Section as a Director-at-Large. A dedicated EMS provider, educator, former chief, and award-winning journalist, Huff brings a passion and insight to the Section that stems from a lifelong commitment to EMS and volunteering.

Huff was a member of the Cortlandt Hook & Ladder in Peekskill, NY, in the early 1980s, but he took a hiatus from the emergency services after getting married and moving to a new town. However, the desire to volunteer and help his community stayed with him, and he returned to the emergency services several years later with a renewed drive that continues to guide him as an EMS leader.

Today, Huff is an EMT-B and NREMT-B in New Jersey and has been a member of the award winning all-volunteer Atlantic Highlands First Aid and Safety Squad (AHFAS) since 2004. He has held several executive positions within the AHFAS and was voted Chief three times. A journalist and communications expert by trade, he spearheaded the organization’s public relations efforts and community outreach and helped move the organization into a true multi-platform player with outreach in social media. Huff also develops and teaches classes for the EMS community at national and statewide conferences.

Huff lists many reasons why he is drawn to the emergency medical services. “Like everyone, I’m here to help. I also like to be a vital member of my community and the EMS community at large,” he says. “On a personal level, being in volunteer EMS is an incredibly rewarding profession. The satisfaction derived from a simple thanks delivered by a member of the community we’ve helped is worth millions.”

When the NVFC created the EMS/Rescue Section in 2010, Huff wanted to be involved. He had first learned about the NVFC from an Atlantic Highlands firefighter who was already a member and told him about the great work the NVFC does on behalf of volunteers. The new EMS/Rescue Section provided another way for Huff to give back and help grow the area within the NVFC. In the Section’s inaugural elections in 2011, Huff was elected to the position of Director-at-Large.

“The NVFC EMS/Rescue Section is on the verge of great things,” Huff says. “In a year, the division has grown and laid out a foundation for the future. But there is more work to do. I believe we can be a true voice for volunteer EMS professionals everywhere. The EMS/Rescue Section already is a national player in the EMS world, and that visibility and impact will grow.”

Looking ahead, Huff feels that the membership of the NVFC and the EMS/Rescue Section will have the greatest impact in moving EMS forward. “Every member of the NVFC can be an ambassador for the EMS/Rescue Section by telling their friends in the EMS side of the station about the benefits of being an EMS/R Section member,” he said. “The more people who know and become members, the stronger the EMS/R division will be. Likewise, with more members sharing their ideas, the better the entire EMS community will be.”

In addition to his volunteer service, Huff has established his career in journalism, working as a reporter and editor for a number of prestigious publications. He was recently named the Executive Director of Communications for CBS News. Huff also teaches journalism classes at the New School University in New York City.