Benefits of Having a Junior Firefighter Program

Throughout my years in the fire service, I have heard comments from both sides of the spectrum concerning junior firefighter programs. Although the majority of the comments are positive, I do periodically receive offerings of constructive criticism. It is important we give careful consideration to the criticism so that we can overcome the challenges and build successful programs. By focusing on the benefits local junior firefighter programs bring to departments, we can educate those who may not yet see the big picture in its entirety. 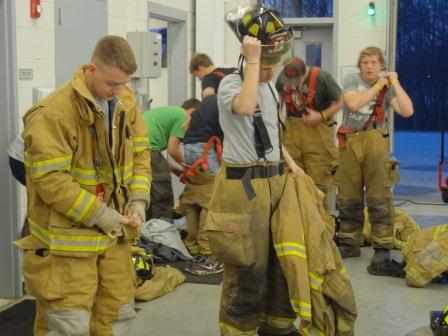 Fire departments throughout the world have the same overall goals for many services they offer, and yet individual departments can utilize many different techniques to reach these goals. In turn, a successful junior firefighter program provides benefits that can help a department to meet many of their overall goals. I’d like to share my department’s experiences with our junior firefighter program to highlight some of the benefits these programs can bring.

In the 80’s and early 90’s, volunteering in our area was considered outstanding. We’d had an informal junior program since the mid-80’s but did not actively recruit for this in any way. It was usually the sons and nephews of our members. We had no need to focus on junior members because we had a waiting list of citizens wanting to join as firefighters.

As the years passed and society became much busier, experienced generational changes, and became more focused on their family and their own selves, the fire service began to suffer from a lack of interest in volunteerism. The number of volunteer firefighters nationwide declined dramatically, which had a significant impact on many local departments, including mine. In addition, the average age of volunteer firefighters began to increase, creating concern as to what will happen when the older generation begins to retire. These challenges became a focus point for many fire service organizations, and great efforts were made to change these trends.

One of the ways this happened was when the National Volunteer Fire Council (NVFC) developed the National Junior Firefighter Program in 2007. The national program helps local departments engage youth in non-operational tasks and training so that they learn about the fire service and hopefully one day join as a first responder. Some departments jumped on the wagon simply because it was a great opportunity to revamp their own informal programs, while others began their very first junior firefighter program. The NVFC’s guiding documents and web site had everything a department needed to run a successful program without having to reinvent the wheel. After seven years, we are now seeing a substantial increase of interest in the generation most needed ‒ the young! Many departments, like mine, are once again experiencing a waiting list of people willing to volunteer.

Having junior firefighters hanging around the station has the added benefit of enhancing departmental training. In my department, we found that after junior firefighters finished their assigned duties such as cleaning and odd jobs around the station, they began to entice senior firefighters to lend their knowledge. Juniors ask for help with the basics such as apparatus familiarity, small equipment operation, and even hose lays. This single event has snowballed into regular shift training, due to the fact that most firefighters can never just sit back and watch. It usually takes only one person to dedicate time to a junior before the entire shift becomes involved. This is a two-fold benefit in that it motivates great training plus battles complacency by fostering teamwork in a “can do” atmosphere.

There is no denying this past decade has brought its fair share of government scrutiny. The fire service usually fairs well during these times, as we are in the business of helping people; however, we still experience obstacles at times. These obstacles are usually small issues, such as taking our apparatus to restaurants, buying what the public perceives as unneeded equipment, or questions of what firefighters are doing when they are not running emergency calls.

By opening the doors to young men and women to join our roster as junior firefighters, we are also opening the doors to their entire family and friends. It is a misperception to think these young recruits are not going home to tell anyone who will listen of how their time is spent at the fire station.

It’s an awesome experience to have someone who only knows you as a firefighter tell you how proud they are of your department because of everything being done to support these young adults. These conversations usually lead to their recently acquired knowledge of our day to day operations and training, then end with a newfound support of our department. Some would consider this an out of the park homerun for their department. This kind of public relations is free and simply happens from having a junior firefighter program.

I mentioned generational change earlier. There is a great difference between the 1960’s generation to the 80’s and 90’s, but the difference to the Millennial generation (people born from the early 1980s-early 2000s) is monumental. We have no choice but adapt to these differences in the fire service, and what better way than to start while our future firefighters are young enough to mentor and mold. This is yet another benefit that is two-fold. The beginning career of a junior firefighter can be difficult, but once a working relationship establishes, you will find that everyone benefits. Young firefighters will learn a new respect for the traditions and chain of command within the fire service, while the older members are often persuaded to accept change as the new generation starts bringing in new ideas.

It’s a known fact that many times firefighters do not like change or to start a new program. Don’t expect every member to be on board with a youth program in the beginning. Often it is their involvement with the junior firefighter program once it is established that finally gives them an understanding of the many benefits.

Chief Jeff Cash has been in the fire service for over 35 years serving in both the volunteer and career sectors. He has served as the Fire Chief of the Cherryville (NC) Fire Department since 1986 and is a North Carolina certified Firefighter, EMT, Rescue Technician, Fire Officer, Arson Investigator, Fire Code Enforcement Officer, and Instructor. He is a Past President of the North Carolina Firemen’s Association and serves as the North Carolina Director to the National Volunteer Fire Council (NVFC). He sits on the NVFC Executive Committee, is a member of the NVFC’s National Junior Firefighter Program Advisory Group, represents the NVFC on the NFPA 1021 Committee and the IAFC Safety Health & Survival Committee, and has testified before Congressional committees on fire service issues on two occasions.